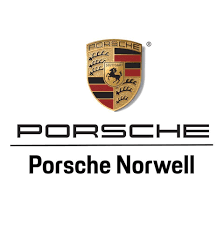 NER ran its third autocross event of 2022 on July 16th. Once Again, Porsche Norwell was the sponsor the event and sent several of their people; Nick Vullemier brought along a 2022 992 Carrera S along with co-driver James Keating for some cone-killing fun. Dan Bornstein also participated in his 718 Cayman.

Once again, we had a good turnout in the Novice Class (18 out of the 56 drivers) with many of them returning for another go along with some new ones. And topping it off, Ollie Lucier’s daughter Amriel, who just got her driver’s license two weeks ago, participated in her first-ever autocross as a driver. Of course she is no stranger to our events as she has been attending with her Dad for years and has been a great help with lots of things, especially announcing times under the tent.

As mentioned, 56 drivers (a fairly light turnout) came out a warm but dry Saturday, with things running smoothly with an on-time 9:30 start, 10 runs, and a 55 minute lunch break. And we were done and all packed up a little before 5 – probably a record … The course Rob MacAlpine and Bill Aubin set up yielded 8 drivers with times under 70 seconds. FTD (non-Porsche) was Rob with a 67.133 and Porsche FTD was posted by Mark Dudek driving Charles Stromeyer’s GT3 with a 69.015.

Chris Darminio took Class 1 unopposed in his 1976 914 with a 74.977. Like clockwork, Class 3 saw Adam Small taking the Class over Bob Canter with a 74.621. Trading places from the last event, it was Georges Rouhart’s turn to edge out Neil Halbert in Class 4 by posting a 75.616 vs Neil’s 75.744. In Class 5, Rick Noble as the solo entrant took the Class with a 77.861. Mark Skala took Class 6 posting a 70.279, over 3 seconds faster than yours truly and Read Fleming, who placed second and third respectively, both driving my 2013 Boxster S. Glenn Champagne was the class winner as the sole entrant in Class 7 posting a 76.293. Dan Quaroni in his 2011 Spyder prevailed in class 8 again posting a 70.288, this time frustrating not only Jeff Johnson and Erick Aubin but also Ed Moschella. Class 9 had Mark Dudek winning - co-driving Charles Stromeyer’s GT3 with his aforementioned Porsche FTD; Also of note in Class 9 was the fact that Rachel Baker took the prize of the day hitting a total of 31 cones in her Frozen Berry cone-killing GT4. Jeremy Mazzariello beat  Ollie Lucier again in his race car with a 69.352. In the non-Porsche class, Rob MacAlpine’s FTD of 67.133 once again secured the victory.

In our thriving Novice Class, the top 8 drivers posted some pretty respectable times all below 78 seconds, and  Max Mayo posted a 75.734 to take the class and get himself booted out of the Novice category.He’ll now race in Class 4.

Full results can be seen on our Live Timing/Archive site by going to https://porschenet.com/ax, scrolling down to the date of Autocross #1 (July 16, 2022), then selecting  “Results”.

Thanks again to everyone for coming out to our third event of 2022. Our next event isn’t until Sunday September 4th and registration will open ine month before that on motorsportreg.com. In the meantime, North Country Region will be running events on July 30th and August 14th, and the Annual Zone 1 Region Challenge is to be held August 27th and 28th.

Hope to see you out there for some or all of those events!