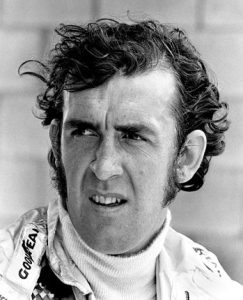 Saturday July 19th from 2 – 5 pm Northeast Region is honored to have David Hobbs join us.  Those of a certain age will know David as a famous driver of the 60’s and 70’s – the younger of you will know him for his current job as Formula One Commentator.  He will share stories both current and from his past at the Lars Anderson Museum in Brookline.

Hobbs was born just months before the outbreak of World War II, and has a vast, 30-year history of international driving experience at all levels of motor sports, including sports cars, touring cars, Indy cars, IMSA, Can-Am and Formula One. He has participated in the Indianapolis 500 and the 24 Hours of Daytona. He made twenty starts in the 24 Hours of Le Mans race, finishing in 8th place at the first attempt in 1962, following with a pole position and a best finish of third (in 1969 and 1984) to his credit.  Hobbs was due to make his F1 Grand Prix debut for Tim Parnell Racing at the 1965 French Grand Prix at Clermont-Ferrand, but a serious road accident put him in hospital for three weeks.

In 1971 Hobbs won the L&M 5000 Continental Championship driving for Carl Hogan out of St. Louis, Missouri, in a McLaren M10B-Chevrolet. He won five of the eight rounds that year at Laguna Seca, Seattle, Road America (Elkhart Lake), Edmonton and Lime Rock.  Twelve years later, he would claim the 1983 Trans-Am Series championship as well. He also made two NASCAR Winston Cup starts in 1976, including leading two laps at the 1976 Daytona 500 and drove a race in the 1979 International Race of Champions.

Hobbs provides commentary for Formula One and GP2 races (alongside Leigh Diffey and former Benetton mechanic Steve Matchett), the SCCA Valvoline runoffs, and parts of the 24 Hours of Daytona. He has also worked for CBS on its Daytona 500 coverage, working as both a color commentator and a feature/pit reporter from 1979 until 1995, and then moved to Speed in 1996 working as a color commentator and then moved to NBC Sports Network in 2013.

The cost of the event is $25/person and preregistration by July 17th is required. Light snacks, water, and soda will be available at the venue.  Questions? Please email Steve Ross.