NER Closed out its Autocross season under sunny skies with a Fall chill in the air. The event was sponsored by Herb Chambers, a perennial autocross supporter, and we thank them once again for their continued support. 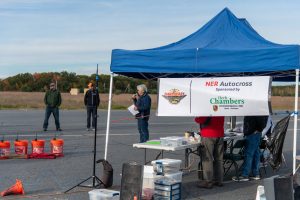 Fifty-seven drivers ended up posting times for the event. This number of drivers was lower than usual, largely due to a number of no-shows. Several of those had the courtesy to notify us ahead of time they would not be there, and that was appreciated. However, there were several who had registered for the event, but simply skipped out unannounced. As a reminder, when we confirm your registration, we ask that you notify us before the event if you are not going to make it -no-shows make staffing and running an event particularly difficult - I hope people will take that more seriously next year.

Once again, we had a fair showing of Novices (12), which will now be minus one (Adam Norton) as he took first in the Novice Class and thus will be registered in his regular class (Class 7) at his next event. Congratulations Adam! 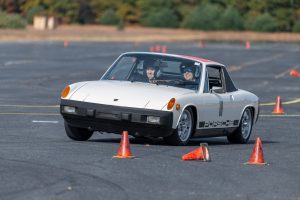 Chris Hubert was tops in Class 4 by about 2.5 seconds; Lev Tabenkin took Class 5 by beating out the Boxsters by 5.5 seconds; Ernie Grasso took Class 6 in his 718 Cayman, just edging our Eric Kessel and yours truly by .3 and .6 seconds, respectively. Tony Miniscalco was the winner in Class 7, while Jeremy Mazzariello won Class 8, even after having to spend lunchtime digging small pebbles out of his tire bead after an “agricultural excursion” from the course. Bill Aubin and Ollie Lucier took classes 9 and 10, respectively, while Wil Koscielny (2020 Miata) beat our course designer Rob MacAlpine (1999 Miata) in the non-Porsche Class; taking FTD in the process! 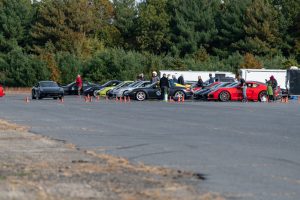 Thank you to everyone who participated and helped run the events this year – especially Rob and Sheryl MacAlpine. We hope to see you all back again in 2022 – including all you Novices - and bring your friends! 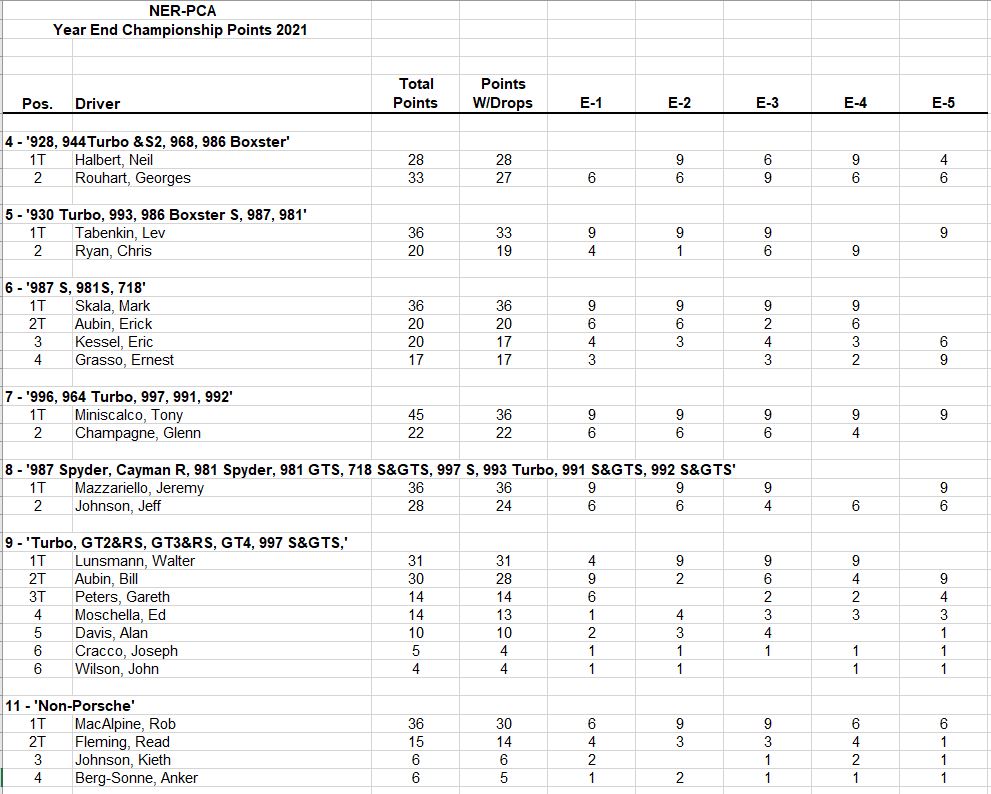