The company that I was working for was about to go public in the summer of 1995. I had a 1973E Targa about five years before and loved it. But I decided to sell it when we moved near the ocean and had no garage. The (ex) wife wanted a sailboat, so that's what we did. I was interested in getting a new (to me) 911.

I was early at this particular startup, but not too early, so I could only justify about $20k for my purchase. My 30-day stock option lockup was about to expire, and one of our investment banks was managing option sales. I was told that I could buy and sell enough shares to buy the car in a day or so. I was looking for a replacement for the '73E, maybe even an upgrade to an early 70s S.

What I found, though, was a 1974 911 MFI Euro Carrera coupe. The seller was asking $21K for it. It was essentially the same car as the '73 RS, but with the '74 trim. People hadn't caught onto the value of that model yet in the US. It was a gray market car, which had a negative connotation to a lot of Porsche buyers at the time. The car had just been refreshed and was being sold by a collector. He had the COA from Germany, where it was originally sold, and it was numbers matching white with black Carrera script. The owner was getting married and was selling it to buy his fiancé a nice engagement ring. His main collection was AC Cobras. The only non-original part on the car was a' 75-76 whale tail, rather than the ducktail spoiler. I now know the German delivery cars didn't come with a tail due to German safety regs, so that is likely why the wrong one was installed. 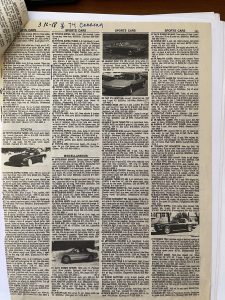 I drove the car and fell in love. So I placed a sell order on the shares to buy the car and gave the seller a verbal offer. But our investment bank, Hambrecht & Quist, claimed they didn't have our shares set up to sell in their system yet, since  I was the first person to sell. My options had a strike price of about $12 a share, and when I placed the order, the shares were trading around $22-23. H&Q sat on the order for almost a week. During that time, the shares started to tank. The CEO of our company was fired in a surprise move. H&Q finally sold my shares at $15. Instead of making $10-11 per share, I wound up with $3 a share. I was pissed, but there was nothing I could do about it. In the end, I sold my shares for more than anyone in the company that didn't sell them at the IPO. But I would have sold them at their peak.

I called off the Euro Carrera deal, brushed myself off, and bought a '79 SC Targa instead. I kept that car for many years. But even then, I knew that the one that got away would be a real collector's item someday. That car was in California the last time I checked a few years ago. I now have one of the first guards' red 911s to come off the line in October of '74. It's a base Targa that a PO set up like a' 75-76 MFI Carrera. It's no substitute for the real thing performance (or $) wise. I'll never be afraid to put miles on it, though. 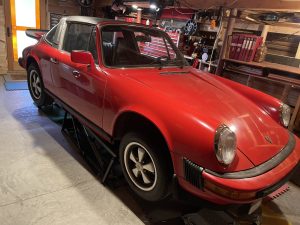 " Fyi, the car that is the subject of my story is pretty valuable these days. I watched an auction of a ’75 example about 9 months ago that sold on BaT for $321,911. I posted a comment on that auction recounting this story."