NER’s Last DE of the Season

Your DE Crier was unable to participate in this event (hence this is Kind Of Bill's Report - LR) but thankfully there are better writers.  The following reflects the work of Mike Woodward, Joe Cracco and Dale LeBossiere…

In between the heavy rain on Thursday and the showers late Sunday, we were treated to 3 great days of driving at a spectacular and challenging track with Patrick Long and the Cayman Islands sponsored Cayman GT4 Club Sport.  Admittedly, Friday started out a little cooler than the Cayman islands folks are used to (cold temps and wind chill almost in the 30’s), but it was sunny and dry!

If you haven’t seen the Cayman Islands Cayman, you should.  It’s a beautiful car.  It’s fully wrapped with the front being that almost indescribably gorgeous Caribbean blue water and the back being the sandy beach with crashing waves in between.  Pity that no one could see the car for long.  Why?  Because…well because of Long. Patrick Long.  He (thanks to the Cayman Islands Department of Tourism Authority) drove 24 lucky raffle winners around Palmer in that car.   Let’s say that Patrick’s pace was such that you never saw him coming and once you gave him the point by, he was out of sight in a matter of seconds.  Turns out that Porsche factory drivers are pretty quick. 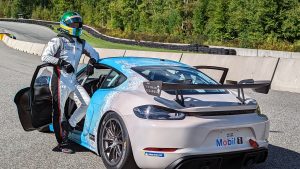 Patrick Long is one of the great Porsche team racers of all time, and he has been the only American on the Porsche team.  He has won endurance races at Le Mans (twice), Sebring, and many others during his illustrious career.

The NER Track Committee was thrilled to hear Patrick would join us at our local track in Palmer, MA on September 23 for demonstration rides supporting his favorite charity.  The Cayman Islands sponsored this event with impressive goodies for all participants and, of course, the car driven by Patrick.

We raised $3,000 for charity by selling raffle tickets for the 24 rides available with Patrick.

All of the raffle winners were thoroughly impressed with the laps riding shotgun with Patrick.  Many of us have spent years driving Porsches as a hobby, and we were all humbled by the skills and speed demonstrated by Patrick.

For those of you track rats, a few technical observations:

Many of us improved our lap times after riding with Patrick, and the enthusiasm of all participants was exciting to see.

Dale LaBossiere reported that while he was awaiting his ride, Al Sandy was watching and timing Patrick... "that's a 1:41"!  That lap time is about 4 seconds faster than the fastest times of our instructors, and Patrick drove that pace in his very first session of the day on an unfamiliar track!

When Friday’s track went cold, the pre-dinner social had a festive tropical vibe with colored lights and inflatable palm trees in kiddie pools full of ice and beer provided by sponsor South Shore Auto works. Then the Cayman Islands folks put on the grand finale.  A one-two punch of Cayman Islands swag bags (including Patrick Long signed hats, yeti mug, key fob, etc…) and a belly-busting Caribbean food-fest dinner. (Thanks to Pam Mascetta and Judy Mansing for organizing the dinner!)

After an awesome day on Friday, we enjoyed the rest of the weekend without the company of Patrick and the Cayman Islands team. Saturday dawned just as cold as Friday (but didn’t feel like it b/c the wind was lighter).  With new run groupings, drivers were treated to 26-minute run sessions (20% more than normal) and boy was it a treat.  That extra 5 minutes was just enough time for each of us to master Palmer (or am I the only one?). LOL. What with running CW one year and then CCW the next, for most of us, it had been 2 years since running the track in this direction (CCW this time). Remember how to drive this direction 2 years later? Some of us can’t remember what we had for breakfast.

Funny thing, though….it took only a session for the track layout to come back to Joe Cracco (inconceivable b/c, no kidding, he still can’t remember what he had for breakfast).   Talking to others in the paddock, everyone seemed to be working on improving their driving on different parts of the track.  Isn’t that just like Palmer?  After all, there are 14 corners and lots of elevation change.  (Who is Joe Cracco you ask? He's the only man in New England who might do this: Winter Beaters Season 1 Vol.1 - LR)

Some folks were promoted, some hit personal bests, all had a great experience. To quote one new student (back from a few years away from PCA), “Every single person was friendly and helpful. I have participated in many DE events, but this one was by far the most welcoming”.   For that we have to give thanks to the volunteers who continue to produce events like this which are a joy to attend. ‘till next year, Palmer!

OK, so now your DE Crier is taking back the microphone from Mike and Joe and Dale. And the main thing that I can add is that I have actually been to the Cayman Islands and can report that it is all you would hope for in an island vacation (stay at the Ritz Carlton and try the water squirty thingie powered by a jetski if you dare). See Water Squirty Jetski powered thingie below- 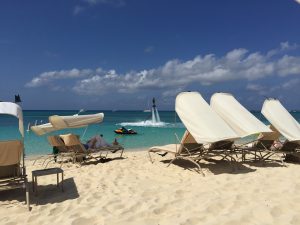 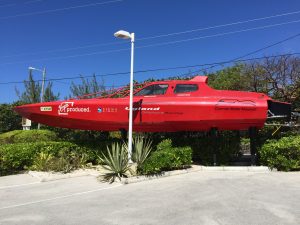 Here are the promotions from this event…

Placement to Blue (new to our club but has prior experience):

And finally, special thanks to Glenn Champagne and Betty Mae Mosley for finding and coordinating the Cayman Islands Dept. of Tourism event at Palmer and the following day at Lars Anderson! 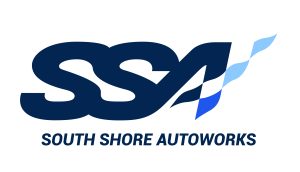