Gary Cooper, one of our adventurous members, was kind enough to share an account of his trip to Amelia Island this year with us:

"After the success of three Werks Reunions on the Monterey Peninsula, past PCA President Manny Alban, being an East Coast resident, put forth the idea that the event should also be held in the East. What better place and time than the Friday before the prestigious Amelia Island Concours? When planning for the event was finalized, PCA announced the theme would be the 20th Anniversary of the Boxster. As an owner of a 2003 986, I knew I had to go to take part in this celebration of the remarkably successful little roadster.

This would involve a two day drive down to northern Florida, and a two day drive back - all to attend a one day car event. Some would call me crazy. I think my loving wife may have, as she decided the trip was too long for her - but told me to go for it... "

Read the full story in an upcoming issue of the Nor'Easter! Not a subscriber yet? Get on the list. 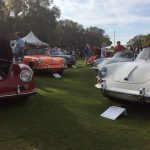 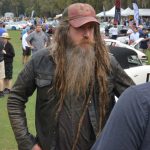 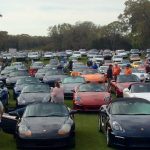