Suspense Is Killing Me

Can a car passion ever resemble a horror movie? I imagine it might for some. But for me it's more of a suspenseful thriller. I'm the automotive equivalent of Hitchcock's Jeff Jefferies always peering through the rear window out at Lars Thorwald mysteriously dragging his drunk, wondering what is currently happening behind the scenes, hoping I don't misinterpret the bits and pieces of information I've slowly trained my eyes and ears to acquire. Jeff's aim to be vigilant and prevent tragedy is certainly familiar to any old car owner. You know who you are. We all must keep in mind the comings and goings of our vehicles to maintain a macro view of what routine maintenance to expect. But we also need to be observant of the minutiae, the little noises and scents that provide early clues that a change is afoot. It's a long, beautiful suspense story that we get to live and breathe. Not sure I'd have it any other way. It sells at the cinema. And it sells me in my garage.

There are a few kinds of automotive "suspense." There is the constant vigilance, sure. But there is also the actual suspension of the car - the bits that keep the chassis off the road. And there is also another surprising suspension point that I learned about recently - the seats.

To get a bit more used to the "race car" feeling, last summer I decided to put a race seat into my 944 NA that I use daily. I found a nice black seat online with some red and blue Martini-esque stripes on it that would look perfect. After calling to verify the availability of the color and model, I ordered and waited. The seat arrived. It was that hideous tuner-garish blue with white stripes. Gotta love online parts ordering. I contemplated the idea of shipping it back and haggling for a replacement. It just wasn't worth the effort. Into the car, it went. The fit was good, at least. I quickly developed a new proficiency in understanding the bolts and sliders that hold seats to the floor of the car. In my old 944, one of the seat belt mount points can either be on the transmission tunnel or it can get bolted in between the floor of the car and the seat slider. Details like these seem to change between the pre-85.5 944's and the later models. There are a surprising number of picky details in these cars over the years.

Once I got the seat mounted, I found I had to re-route the seatbelt through the harness belt holes on the back of the seat just for more comfortable placement on the shoulder. Routing the belt down through the holes in the bottom sides of the seat also felt better but also further increased the gymnastics needed to fasten the belt each time. I can now sympathize with the guys in race cars who strap in, but forget to close the door and now can't reach it. You've gotta pay to play in the race world, apparently.

My big revelation was that suddenly my car's suspension felt so much more stiff! Like, really uncomfortably stiff. Each drive rather resembled a session with a masseuse devoid of any training or talent with a fondness for blunt instruments. My irrational enthusiasm for "race car-ness" made me tough it out for a few months. But – don't tell anyone – I was greatly relieved to swap back to some nice, standard buckets. It turns out the springs in your seats are quite critical to the ride quality of your car! Without them, the suspense was definitely killing me. 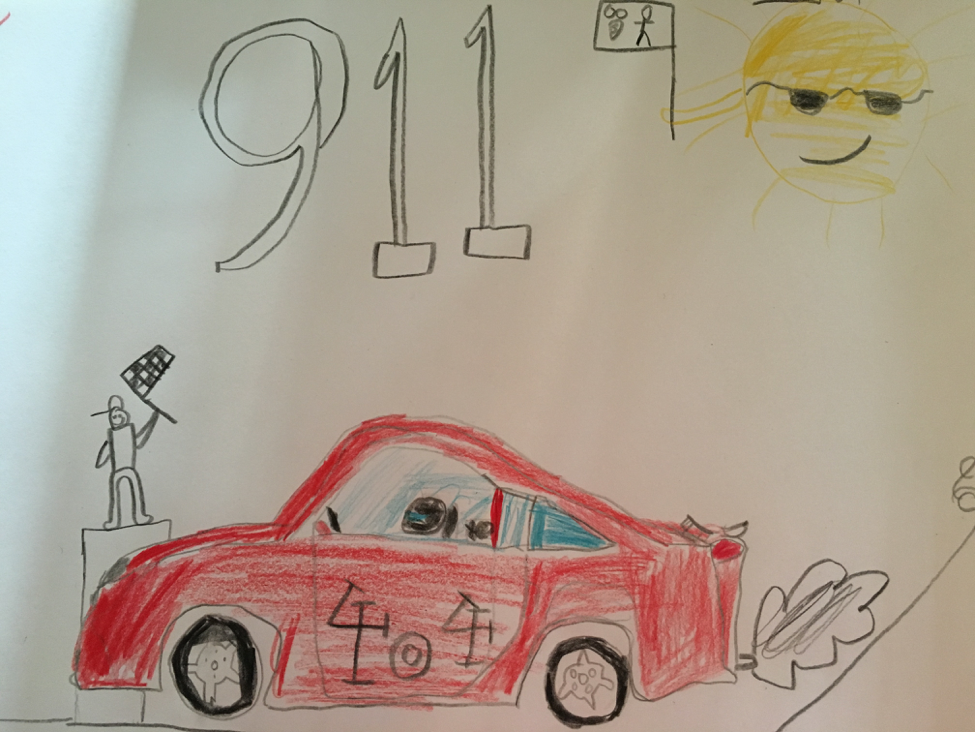 While "converting" my 911 back to street use (aka "buying a track car"), the suspense was also heavy. My lowering springs were just way too low. Minor dips in the road were accompanied by a sharp scraping sound that would usually be associated with lifelong inmates in your standard horror movie fighting for escape from a stone prison on an isolated island using only a plastic fork. I swapped the front struts for Bilstein PSS10 coilovers, mostly for the ability to adjust ride height. This successfully raised up the front of the car to keep the fork-wielding inmates at bay. But a new problem developed where a heretofore unknown sound came forth each time I turned the wheel a good bit while parking the car. I had lost a good bit of steering angle for some reason. The inmates were again at it with their flimsy instrument. It turns out that the cross section of the coilover at the height where it is closest to the tire/wheel is much thicker than the carefully tapered stock struts that are angled to avoid the half shafts, this being an AWD car. I was getting tire to coilover interference. I had some 7mm wheel spacers kicking around so I threw those on the fronts - so much better. But the ride was significantly bouncy. This was more like the movie where people hit turbulence in an airplane right before falling out of the sky. My car is still perilously low – you can't reach under it easily. So I had to find some time to jack it up and reduce the rebound setting to full soft on the Bilsteins. Problem solved. The car is still a bit stiff, but it gets over bumps and doesn't bounce me off the road. The plastic cutlery can finally be recycled.

My last form of suspense is the classic one - waiting for a car to come out of the shop. My 944 Turbo has been under the knife for fresh harnesses, a general health check, and a race dash with lots of sensors to report my driving suckiness accurately. There was a fitting for the brake lines to measure brake pressure that wasn't aware that the name "fitting" implies that it should fit and needed to be swapped out. It was arriving yesterday and getting fitted after that. That should do it for now. I can't wait to finally dig into the manual for the engine management systems and boost controllers. It's a whole new area of learning for me. One I probably should have postponed until my driving is more consistent and proficient. Sometimes you just have to take the jump. I'm not getting any younger. And definitely not any smarter.

A friend gave me some sage advice to bring the car to a pro just to get a baseline sense of whether it is set up adequately right now before I start messing with anything. He's certainly right. And I'm one of those idiots who doesn't always follow good advice and likes to at least try to figure things out myself. The suspense of whether this becomes the next horror movie is now something you get to enjoy.