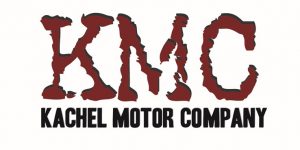 Saturday the 4th was a great day to be out at Devens engaging in cone-dodging … the skies were clear, the air was dry, and temps hovered in the 70’s all day. The timing tent sported a Kachel Motor Company banner, a new autocross sponsor this year. Brendon Miller and Dave Seavey were at the event representing KMC.

We had 70 people register for the event, but after several cancellations and a few no-shows, we ended up only fielding 58 drivers for another lightly attended autocross. But we saw a large novice contingent (20), which hopefully bodes well for the future if these folks get hooked.

Tom Tate represented Class 2 in his trusty 1972 911 with the Martini Racing stripes. Bob Canter finally got someone to race against in Class 3 when old friend Christine Skaubitis showed up with her cousin Lauren Firnstein driving her beautiful RS America 964. Neil Halbert finally had his car back and used it to beat Georges Rouhart in Class 4. Most of the other classes saw the usual winners take the prize, although Dave Seavey, co-driving Walter Lunsmann’s GT3 came close (within .2 seconds) to beating Walter in his own car – a definite no-no. Walter also had Porsche FTD posting a 68.863, while overall FTD was claimed by Frank Bayliss driving his Exocet with a small block V-8 coming in with a 65.951.

And speaking of KMC, in the Novice Class, Brendon Miller posted a 82.295 putting him in the top 50% of the class for the day – certainly a respectable showing for a relative newcomer. Nate Geyer took the Novice class overall with a 75.997, booting him out of the Novice class a moving him to Class 11 the next time he shows up.

The day was slightly marred for a couple of drivers when Anker Berg-Sonne’s Caterham started emitting smoke from a valve-cover leak and he had to stop running. And Rob MacAlpine’s trusty Miata had a ball joint let go jamming the wheel into the car in such a way as it could not be pushed off the course. I had to send Bob Canter to my house for a couple of wheel dollies so they could move it. Since it was lunchtime, we halted the event, had lunch while Rob took care of getting the car out of the way, then continued after lunch completing the day with 8 runs anyway and a good time was had by all.

Next up for NER is our final event of the season on October 23rd. Hope to see you out at Devens then!