[ story and photos by Anker Berg-Sonne ]      What better way to spend a weekend than threading your Porsche around cones at the Moore airfield in Ayer? Add to that the perfect weather of the 2017 PCA Zone 1 autocross, run by NCR and chaired by Joe Kraetsch. A total of 78 participating drivers from Green Mountain (1 driver), Niagara (1 driver), Northern New Jersey (1 driver), Connecticut Valley (3 drivers), Hudson Champlain (15 drivers), Metropolitan New York (16 drivers), North Country (17 drivers), and Northeast (23 drivers) competed for the region team trophy. Hudson Champlain was the best dressed team with matching T shirts.

Saturday the course was laid out to run counter clockwise as a fairly technical course with some tricky sections. The ones causing the most trouble for drivers were an offset slalom with 5 cones, all with double pointers, and a V box with two clam shells bracketing it. Each of the two run groups got 5 runs morning and afternoon. At the end of the day North Country was in the lead with 80 points. After the Saturday session there was a barbecue at the Springhill Suites. 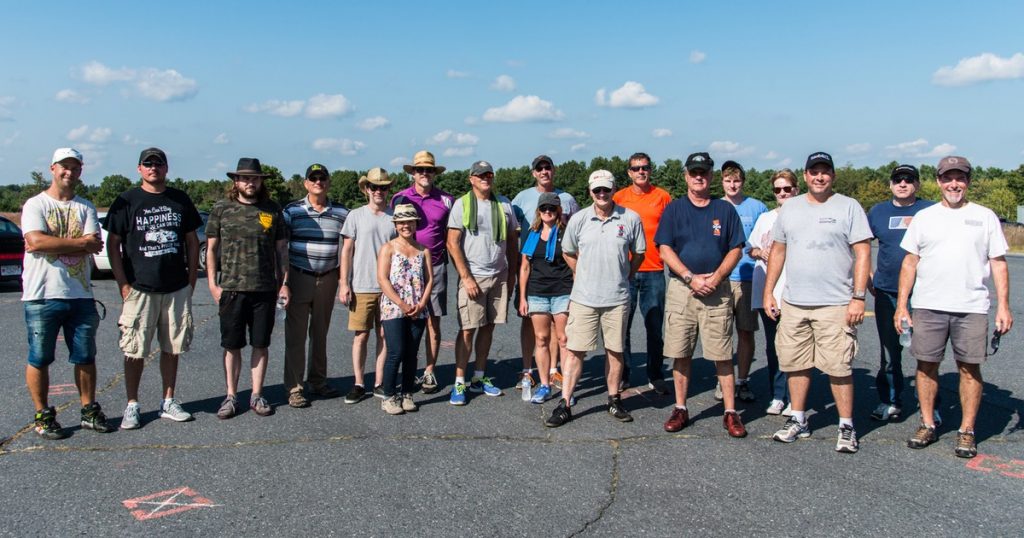 Sunday started out with heavy fog that made the new course – this time going counter clockwise – difficult to see for the early course walkers. The tricky sections were retained, but this time in the opposite direction, and a new one was added on the main runway with a sharp left around a cone shortly before getting to the offset slalom. The final section was initially laid out to be an almost straight run to the timing gate, but was modified to slow it down after the safety inspection. In order to get visitors on the road at a decent hour the decision was made to run just one group in the morning and switch over lunch to the other group.

You would have thought all drivers would have figured out the tricky sections carried over from Saturday, but they still vexed several drivers. Jeff Johnson managed to hit cones in the offset slalom in four out of his 6 Sunday runs. Partway through the afternoon session Neil Halbert’s cooling fan decided to chew through a cooling hose, which put his 944 out of the action for at least one run. Fortunately he was able to get a spare from another driver so he could drive it home. 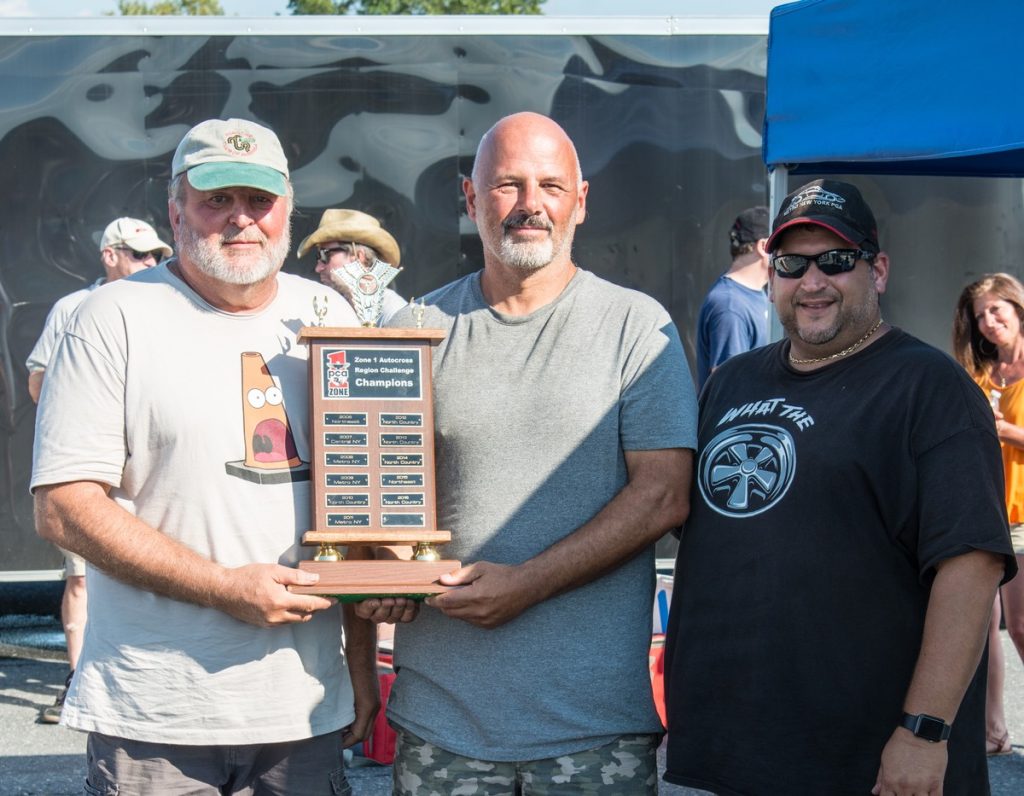 Personally I had a great weekend. I have new rubber on the rears after finally, and gladly, wearing the old HTR IIs down to the wear strips. The new rubbers are HTR IIIs, not ideal AX rubber, but a fair compromise as long as I only have one set of rims. In spite of the tires and the nut behind the wheel, I ended up with a fourth place in S2. Even beyond the compromised tires, I know there are several more seconds to gain with more practice. I am having a lot of trouble with tight turns and need some instructor help with those. I feel good about my slalom performance and getting the wheels where I want them, maybe even getting a bit too close. On both of my fastest runs I hit a cone and had those times ruined. I do hope to find a set of 17” Boxster rims before next season that I can put 200 wear tires on for AX and DE.

FUNTOY, the 2004 Boxster S that my wife and I bought exactly a year ago, has been a wonderful car, great on the track and around cones, but also a joy to drive around with the top down. We even took a trip up to the Nova Scotia and PEI that added another 5K miles to the 104K that the car had on it when we bought it. It is amazing that a 100K-mile-plus, 12-year-old car can be in such great shape. This is my first year autocrossing with NER and it has been a blast. I am getting to know and finally learning the names of the regulars at our events. The AX school at the start of the season was terrific and the instructors have been extremely helpful. 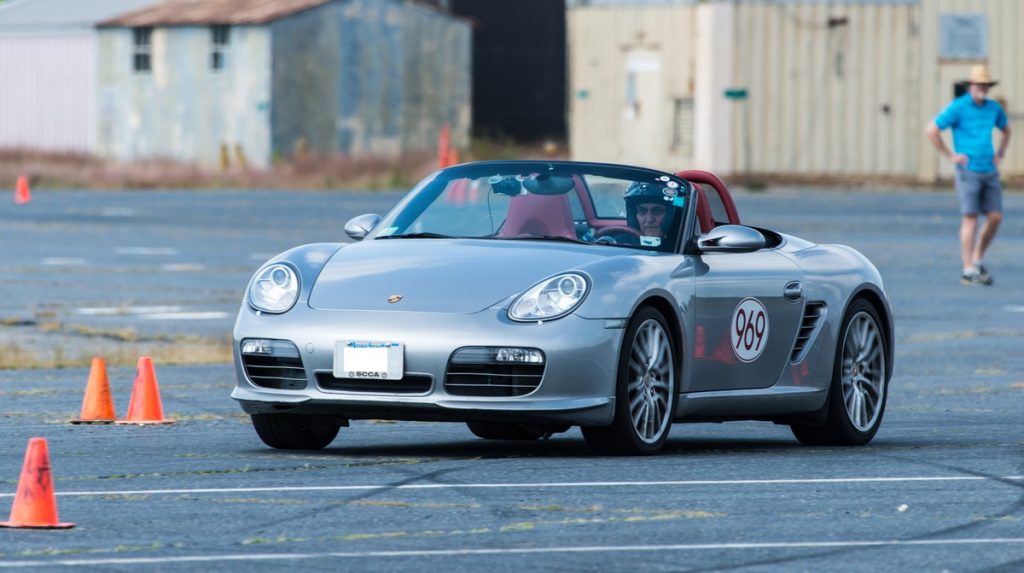 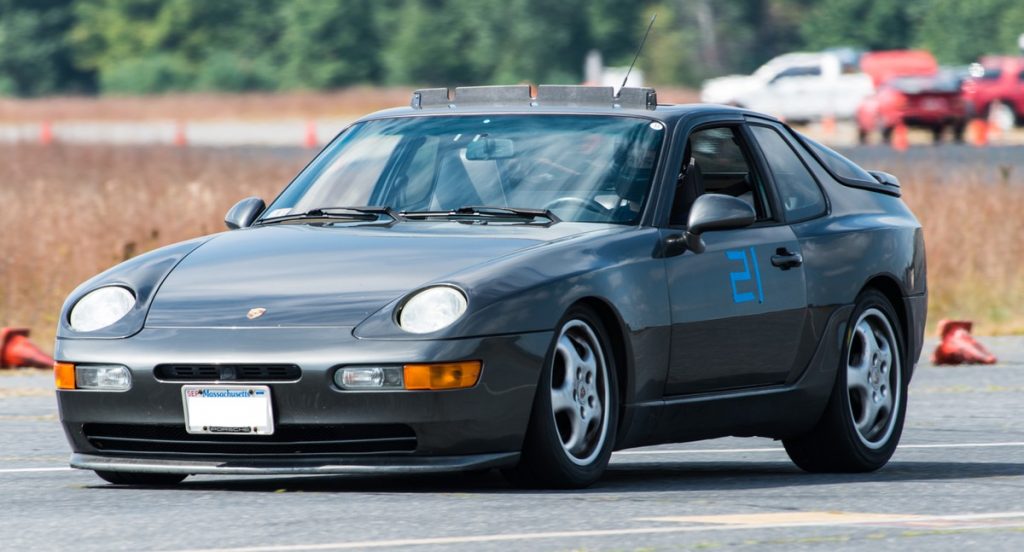 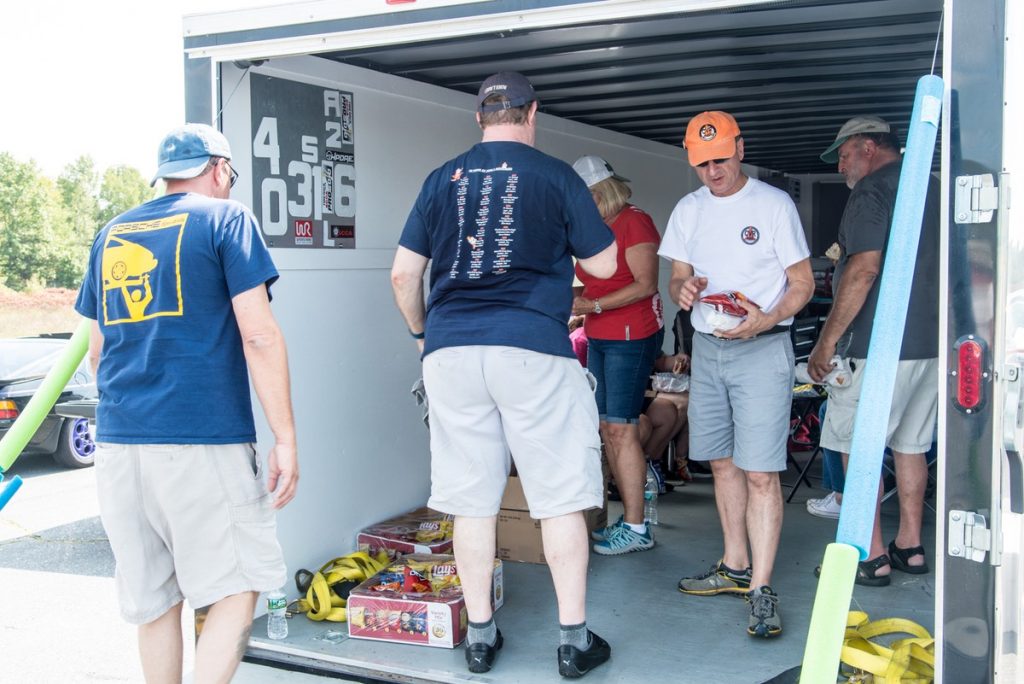 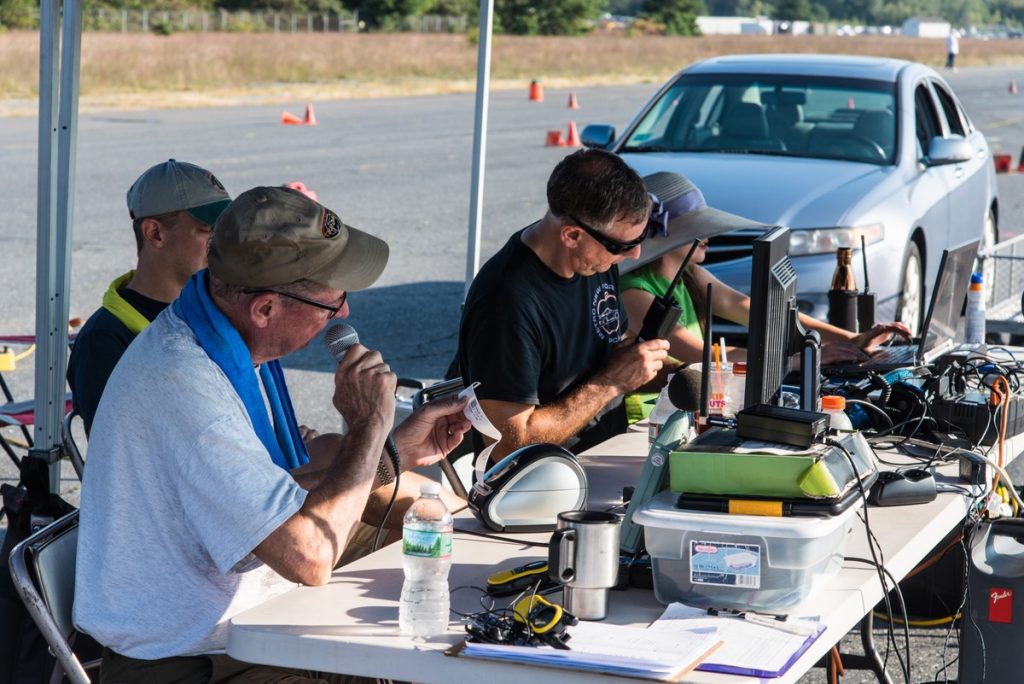 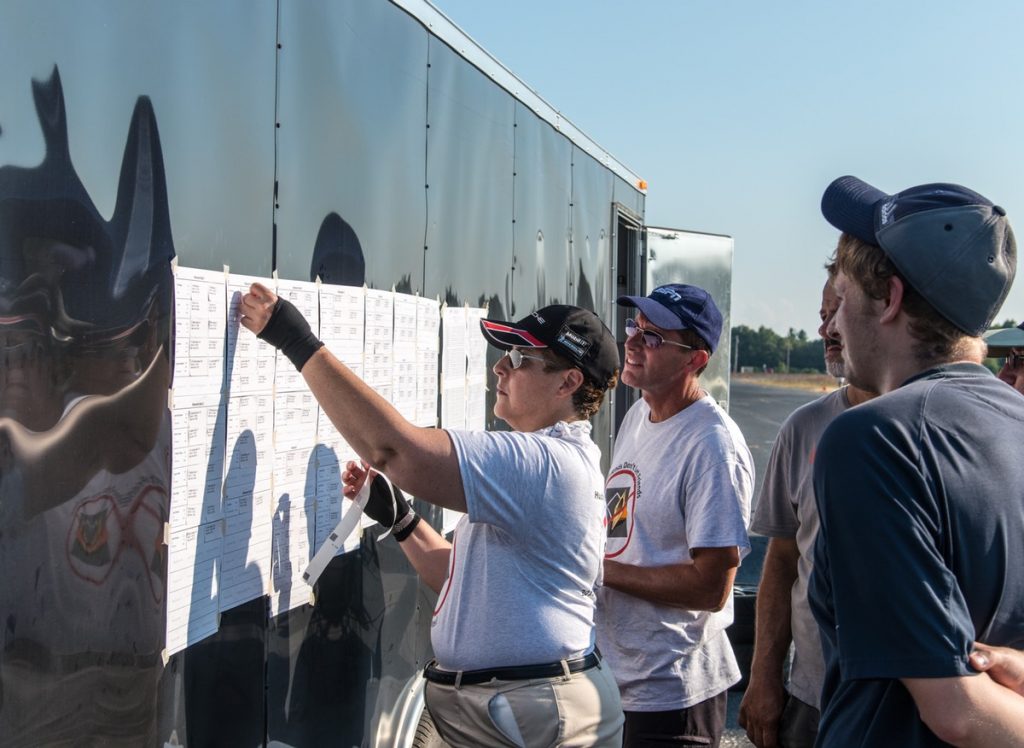 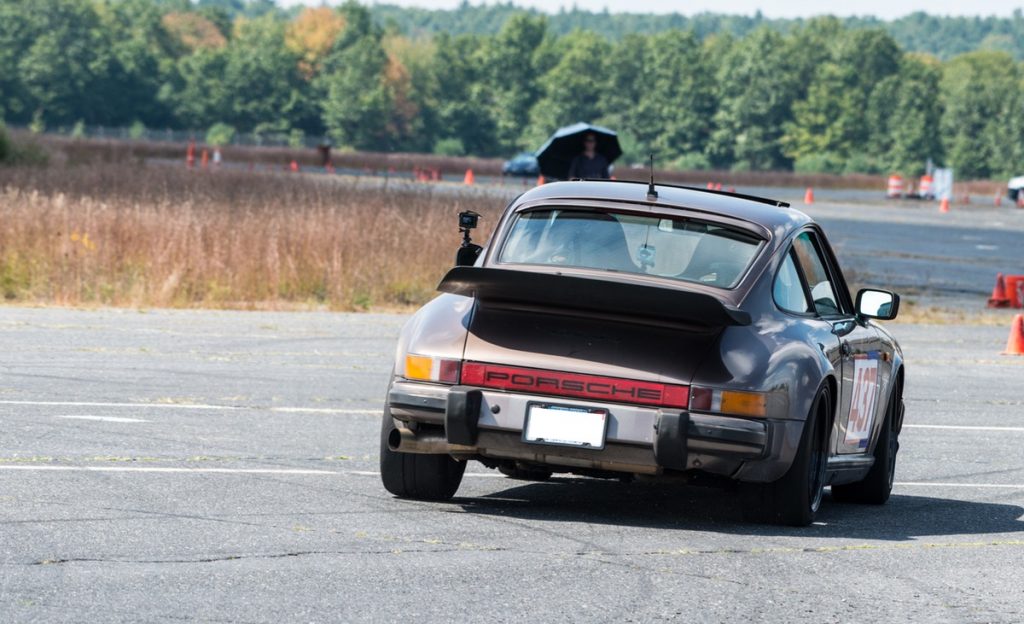 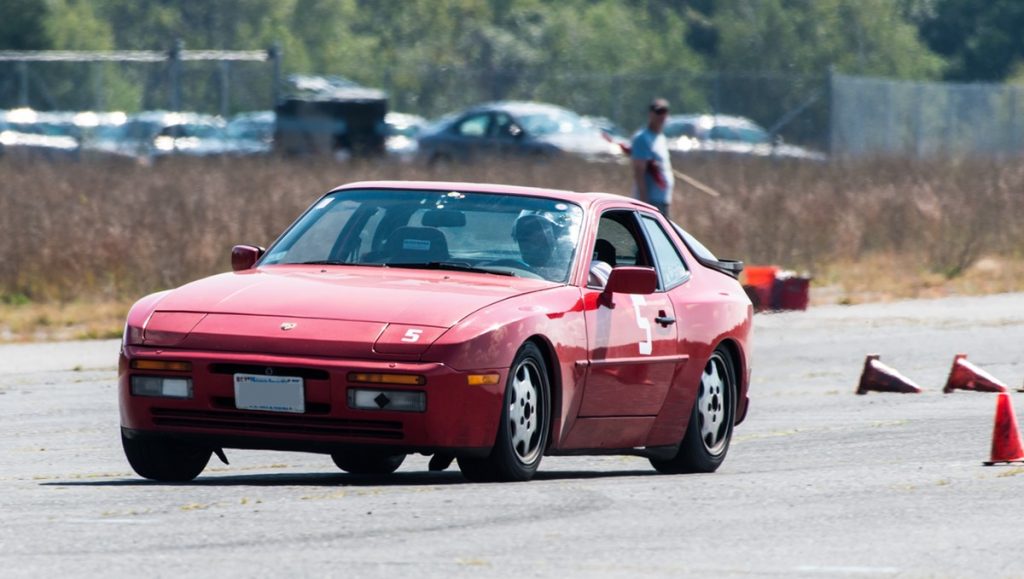 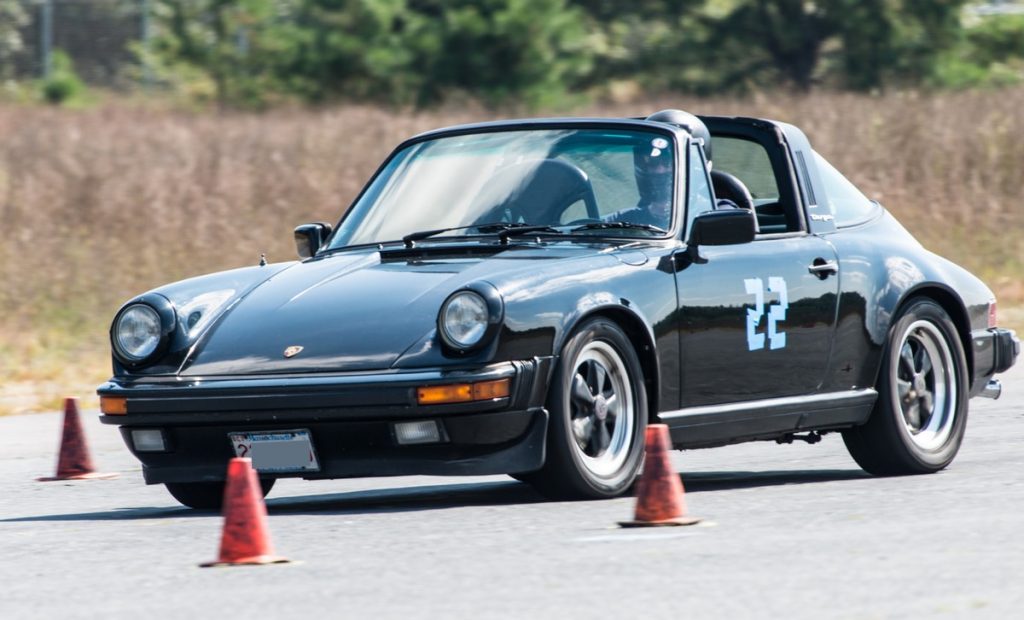 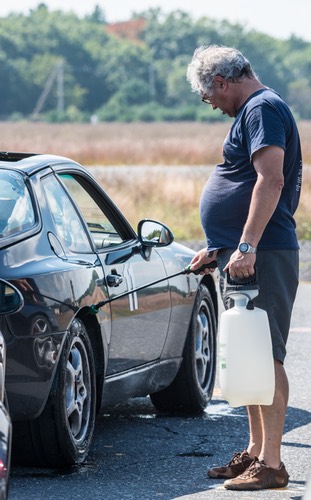 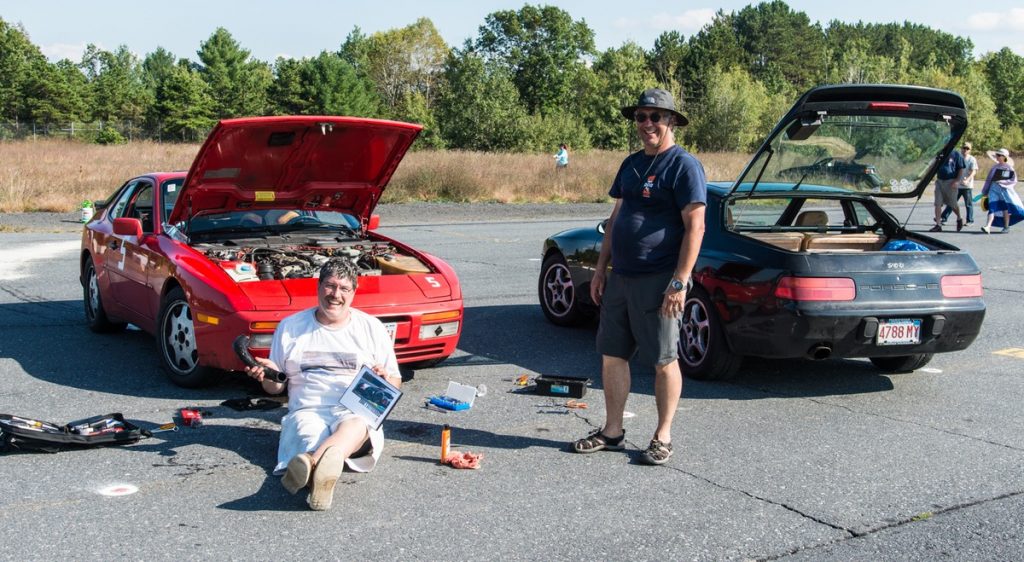