As part of the yearlong celebration of our 60th anniversary we have invited the daughter of the man credited with saving both the 911 and Porsche (!), Lori Schutz, to speak at a special DE social.  Lori is Zone 4 Representative of the Porsche Club of America and a popular speaker at club events.  She is the daughter of Peter Schutz, who was the CEO of Porsche AG from 1981 to 1987. Peter was instrumental in turning around Porsche AG during early 1980s and is credited with saving the 911. Lori will share with us the success stories of her late father at Porsche AG and will bring copies of Peter’s book, “The Driving Force” (portion of proceeds go to the Komen Foundation). NER will host our usual post-track-event complimentary beer, wine and soda social. Following that, we will be having dinner under the tent at the track. Dinner is being catered by Firefly’s BBQ and consists of St. Louis Ribs, BBQ Chicken, Roasted Corn on the Cob, Tossed Salad, Cornbread, Blondies, Brownies, and Cookies. The cost for dinner is $30/person.

Need a little more incentive? How about getting your adrenaline pumping before our dinner and speaker by joining in some parade laps on the amazing track at Palmer. Cars will begin lining up at 5:10pm and will do about 20 minutes of parade laps before the social begins.

A little background on Peter Schutz right from Porsche AG:

When Peter W. Schutz took over as President and CEO of Porsche AG in January 1981, the company was experiencing a difficult period. In 1980, Porsche had recorded its first ever losses. But in just his third week as Porsche CEO, Mr. Schutz reversed the company’s earlier decision to cease production of the 911. The car’s success continues to justify this move, as the 911 has been regarded as an iconic vehicle and the ultimate sports car for over five decades. Positioned at the heart of the brand, the 911 inspires car enthusiasts around the world and is now considered the benchmark for all other sports cars.

During his tenure, Peter W. Schutz not only changed the company’s strategic direction: The German-American was also largely responsible for increasing the appeal of Porsche’s range of models, helping to successfully introduce the full 911 Cabriolet. In addition, Mr. Schutz furthered the expansion of the transaxle model range with the introduction of the 944 Turbo, 944 S and 944 S2 as well as their equivalent convertible variants. In 1982, Porsche set new records in motorsport, winning almost all categories and special rankings at Le Mans and achieving positions one to five in the race. The Porsche 959 was eventually unveiled in Frankfurt in 1985. Dubbed the “Über-911″ by the press, it underlined the sports car manufacturer’s technical expertise at the time.

Mr. Schutz trebled the company’s sales and restored Porsche’s status as a profitable enterprise. For five financial years in a row, the company set one record after another. 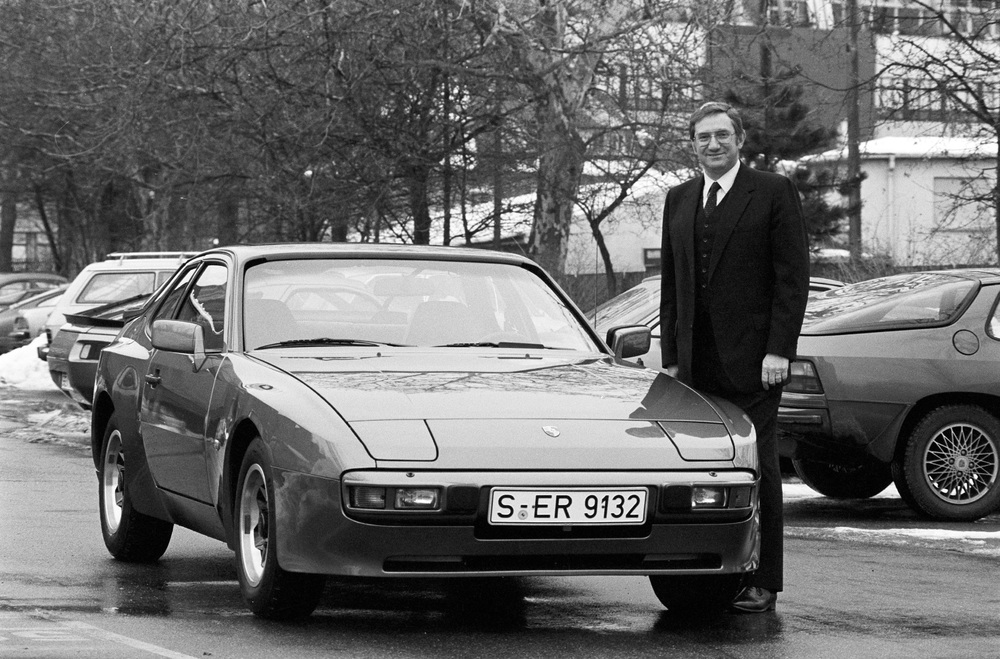 Lori is an avid DE participant and will come with her helmet and HANS, eager to learn a new track, so if you are participating in our DE event during the day please consider offering either a right or left seat!

Lori Schutz sits in a Porsche 936 with Derek Bell. And she got to hang with Patrick Long at his recent Luft 6 event, too! I’m a bit jealous.