The Story of Two Porsche Neighbors

I grew up in Australia and lived with my parents in an apartment for the first 18 years of my life. My neighbor Albert who lives across the street from me, grew up in Hong Kong, also in an apartment. I tell this part of the story because, being two city boys, we were not accustomed to meeting and socializing with our neighbors. And so it was that it took ten years of living across the road from one another to finally discover that we both loved Porsches.

Our friendship began shortly after I returned one day in March of this year from a Cars and Coffee at South Shore Autoworks, where I had earlier acquired my new to me 2003 996 Turbo in late 2020. 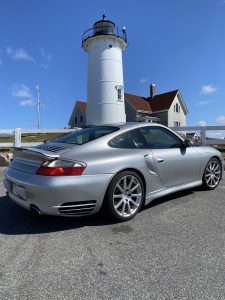 My neighbor came running over to me as I stopped the car and introduced himself – Albert. He began to tell me a tale that was hard to believe. I should mention that before we had met, I had occasionally seen a car in his garage under a car cover that looked suspiciously like a Porsche in the color of guards red but just never thought about asking about it.

After introductions, Albert was excitedly questioning me about my Porsche knowledge and started to tell me the story. He had a 1987 944S that was purchased new and had been lightly driven for 14 years with just 17,000 miles on the clock and then had been sitting in his garage for over 20 years! Albert used to clean his car and do oil changes for the first couple of years of its slumber. 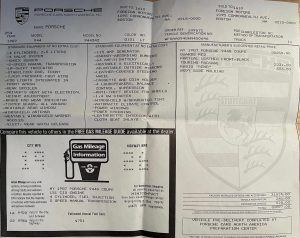 His first question was, did I know anyone who could bring his pride and joy back to life? While I have worked with several indie shops, the one that was foremost in my mind for this car was South Shore Autoworks because of my years of experience with Justin and his support of the club.

Another huge coincidence/benefit of living in our street is that we have a neighborhood towing service at our disposal right in our street. So, Albert arranged to flatbed his 944 to SSA. 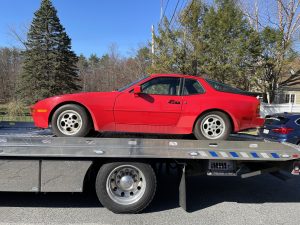 After a visit to be detailed at Driven Perfection, we drove to pick the car up, where I saw an old inspection sticker from 1999! I drove Albert’s car home for him since he had not driven a stick shift for nearly 20 years. Soon after, it was time to give Albert a few lessons in the parking lot, and then he was good to go! Do you know what they say? It’s like riding a bike – only 100 times better.

This car is so perfectly preserved. It still has the original Blaupunkt radio, and now I’m proud to say Albert is a member of PCA NER and has attended several events already. 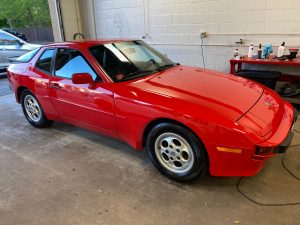 The story will continue after I drove him in my Macan I think he is going to trade his BMW X5 on one; we’ll see. Porsche brought together two people from very different geographies and backgrounds. It’s the cars and the people.